The Place of Vulnerability

She would rather be caught dead than admit that she is anywhere close to being like her mother. She proudly carries her father's resemblance everywhere she goes. His brilliant mind.  His perfectionism. His methodical attention to details.

She is also independent. Adventurous. Carving her own way, making her own mark on this earth. She is frail and strong, cautious and brave.

She insists she is not a writer.

Her own essays begrudgingly submitted to the Language Arts teacher laugh in her face.

If she can’t find a pen a stick will do. If there is no stick, she’ll use a broken shell.

And the entire beach becomes her very own blank page.

One by one, she writes out the letters.  So focused.  So intent.

The birds scoop over her head, but she is undistracted by them.

I watch her curved back, as she moves sideways and backwards, stringing letters like beads on a necklace.

When she is done, she straightens up, turns around and looks at me beaming.

Her unfurled scroll now reveals a message for all to see although I might be the only one on this planet who really understands.

She grew up on a delicate intersection of the worlds where her mother tongue is not her first language.  She is fluent in the language of the country where she is born and where she lives. But she knows that there is another country she also belongs to, her mother belongs to… where another language is spoken. The language she understands very well but she is still learning to speak, just learning to write. 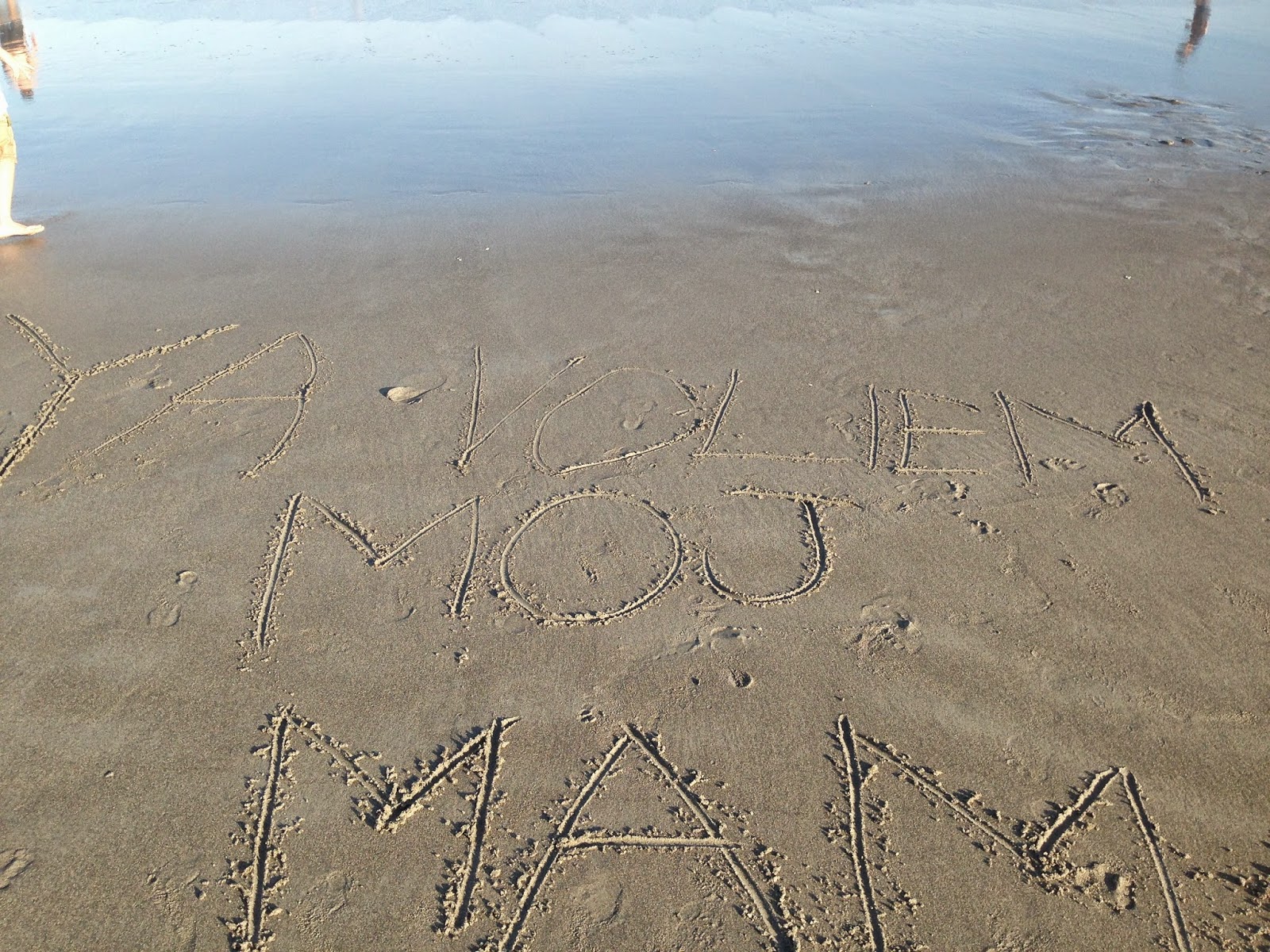