All I Got for Christmas was a Bag of Coal 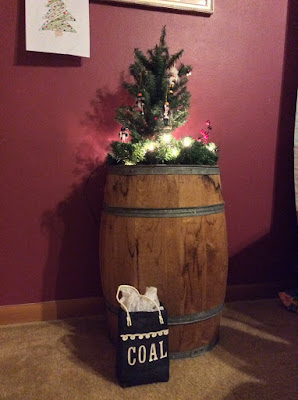 Today half of the Christian world celebrates Christmas. Some are enjoying lavish tables bursting under the weight of the feast surrounded by loving friends and family. Unwrapping the generosity and goodness of our God in its many shapes and sizes. It’s like heaven has opened its door and poured its favor of those thus blessed.

Others… not so much.

No loving family. Or at least no loving. No friends. No feast. No presents. Or, even worse, some are actually given the gifts nobody wants - the duds of Christmas... sickness, separations, loss or death.

Some may feel that year after year this Christmas thing is overpromising and underdelivering.

Sure, there are few who may have gotten joy but certainly not all.

For the past twenty some years, I’ve been celebrating Christmas far away from home. Among people who speak a language not my own. As a foreigner with a foreign accent.

I feel like I am constantly out of alignment with the world around me.

During Christmas this becomes painfully obvious.

It’s probably the most frustrating, stressful, discombobulated season of the year.

I feel like the kid in a Christmas play who sings out of tune, who dances in the opposite direction from everyone else.

Awkward, annoying and frustrating not just for him but for everyone else around him.

Sometimes it feels all I get - and give! - for Christmas is a giant bag of coals!

Which makes me wonder if Christmas has anything to offer for the misfits like me...?

A genuine joy in the midst of discordant circumstances?

Then it crosses my mind… that’s what Christmas is all about! The ultimate, all-out cross-cultural experience – God of Heaven inhabiting human world, God living in a foreign country, speaking with a foreign accent. God the Misfit! With the background nobody understands or can relate to. God being misunderstood. Misinterpreted.  Violating the rules and the customs, upsetting the tradition basket.

Suddenly, my Christmas bag of coals doesn’t seem like a bag of coals any more… It’s more like a pot of pure gold…. and with that, the Merry inhabits Christmas again.

… for today in the city of David there has been born for you a Savior, who is Christ the Lord. Luke 2:11 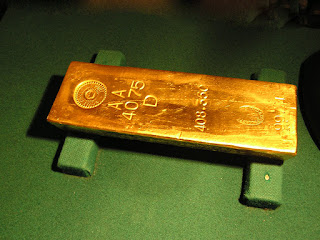 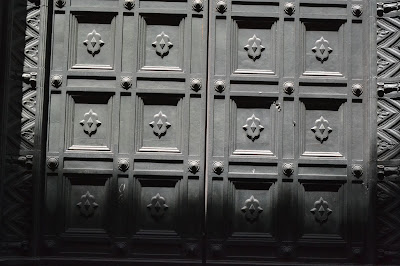 One can only speculate as to the rhymes and reasons that led our tired travelers knocking on the wrong door... But, once it swung open, and they were invited in, I wonder how long it took them to realize it was wrong...

...A split-second lightening bolt kind of awareness? Oh my GOD! What have we DONE?!!??

And what did they do then?

Did they blame themselves and each other?  I told you we should have stuck to the...

Were they shocked that nobody else in Jerusalem, neither in the temple nor in the palace, was aware that the baby king was born?

Were they self-conscious about the stir, the consternation they caused in the palace hallways, its stagnant air now filling fast with intrigue, as they overheard bits and pieces of hushed conversations behind closed doors…?

Did they cringe when Herod used the same 'w' word while all hell danced inside the irises of his eyes? Were they stunned at the inadequacy of the language that allows the use of the same word to cloak unfathomable divine mystery and cover up for... murder?

Were they scared? Did they want to excuse themselves really fast and bee-line towards the closest exit?

Or did they remain calm, poised, unperturbed in their focus…  knowing that the One who led them through the darkest desert nights – even with this odd detour – will eventually bring them to their destination?

Having seen what they’ve seen,

having heard what they’ve heard

or was it hard…

to distinguish…
that despite all the wealth,

despite all the glitter and glamour, 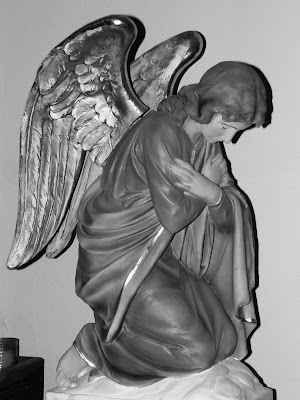 ...worthy of their worship?

Where is He who has been born King of the Jews? For we saw His star in the east and have come to worship Him. Matthew 2:2 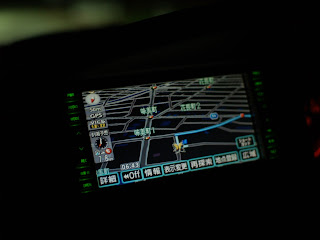 I often wondered about them.

Already they traveled so long.  They've been on the road for months, perhaps even years, guided by a star of all things!

They covered so much ground. They’ve been through so much, as any traveler would attest that being on a journey has a way of spawning many a strange adventures. But they persevered, they pushed through thick and thin, undeterred. Dauntless.

Now, at last, they are almost there, almost arrived. Almost to their destination. The culmination of their hopes and dreams, the very reason for their existence is almost at their fingertips!

I wonder what were they thinking?

Thank you Star for your faithful service and guiding us with uncanny precision thus far, but... we can take it from here…? We got this. Just asking any local would get us there…Excuse us, Sir… excuse us, Ma’am… Are you from here? We are not…

The couple skips the patronizing, ‘that’s kind of obvious’ and being the nice, hospitable people they ask the strange entourage what they need. 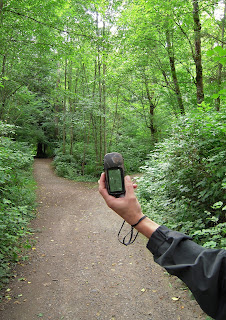 We are looking… do you happen to know where we can find the newborn king…we saw his... ?

A newborn king? Hmmm, we didn’t know the queen was even pregnant… Well, of course - a newborn king would be born in the Jerusalem Memorial –the best of the best… that’s where the queens go to give birth to the heirs to the throne.  But, you are going the wrong way – you need to go NORTH from here. THERE! - they emphatically point towards the palace, towards the temple - NOT south!

And thus the well-meaning couple, earnestly desiring to be helpful, convinced they know exactly what they are talking about point the weary travelers in the wrong direction... 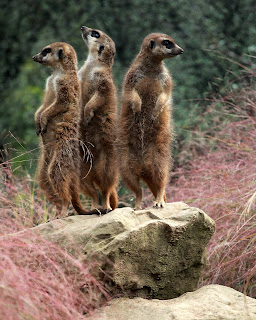 Earlier in the week on my way to the gym I came across an elderly lady who looked kind of lost.

Do you need any help?, I got off my bike also noticing her untied shoelace.

Are you from here?, she asked, and then explained, I am only visiting.  Her accent, even thicker than mine made that quite obvious.

Since I never know how to answer that question, where am I from, I asked her another.

What do you need?

She started digging through her purse and eventually retrieved a piece of paper with the address and the name of the subdivision she was after.

She was as some would say, ‘in the ball park’, in the general vicinity of her desired destination – but when I heard the name I exclaimed,

Oh, you need to turn around and go the OPPOSITE way! You are supposed to go SOUTH, NOT NORTH on this road.

I was very emphatic.

It’s rather far… I looked at her – she seemed in relatively good shape, but she was in her seventies or perhaps even eighties and her shoelace was still untied. I bent down and tied the knot, then put my hands on her shoulders and gently turned her so she was now facing south.

You have to go THAT WAY, past the gas station and past the light - it should be right there on your LEFT when you get to the second light.

The woman thanked me profusely, so I hopped on the bike, pedaling on with gusto, feeling pretty good about myself. When I got to the second light and her presumed destination my heart dropped into my tennis shoes.

It was the wrong neighborhood!

All that feel-good drained out of me in an instant...

I was trying to help.

I was convinced I was right.

I do know the area, maybe not in details but definitely in generalities…

But, none of that mattered. 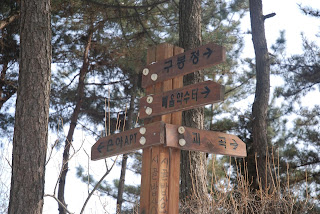 I pointed the poor old lady with a foreign accent in the wrong direction.

I thought I was going to throw up.

Somehow through the fog of swirling options and earnest prayers, something else slowly begun to come into focus... another incident involving a group of foreigners on a very long journey who also needed directions…
No comments:

The Crack that Saved Christmas 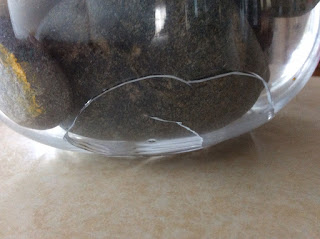 I don’t know what exactly happened nor when or how...

Nobody assumed responsibility for the crime.

Or took a deep breath and exhaled too fast.

Or gave them a mean look?

Maybe there was no crime committed at all...

Maybe it wasn’t anything that happened from the outside that caused it.

Perhaps it was the internal weight, the heaviness of the burden inside the delicate vessel over time… and it became too much...

Without a bump, a look, a cough, a sneeze or even a breath, the rocks became too heavy to hold in, and all of a sudden, all by itself, the vase... cracked!

I know that most people do not walk around like see-through glass vases, revealing the burdens they carry inside their fragile frame. But the burden is there. And it is heavy.

Ironically, Christmas season, despite all the good intentions of good people to bring 'good news of great joy', often makes the burdens even harder to bear.  The crushing weight of loneliness, illness, broken relationships, grief and loss is only intensified by the pressure to act happy regardless of how one genuinely feels on the inside.

No wonder the cracks are appearing all over the carefully decorated facades.

Which makes me wonder if these cracks could be the best gift of the season, after all...

An invitation to forgo the rush…

Let go of the pressure...

A call to pass over the unreasonable expectations and demands on time, wallet, mental and emotional energy…

...and another deep breath…

Until we can hear our own soul breathing again.

The good Lord might surprise us and reveal that 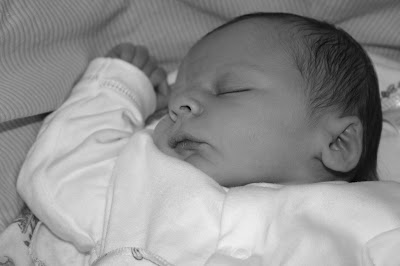 is already cradled there,

waiting for us to come...


Come to Me, all who are weary and heavy-laden, and I will give you rest. Take My yoke upon you and learn from Me, for I am gentle and humble in heart, and you will find rest for your souls. Matthew 11:28-29