The Cake that Crumbled the Berlin Wall 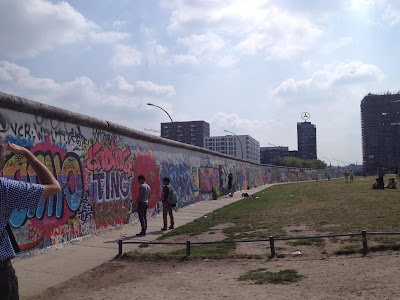 Some events have deep and lasting impact on our memory. The day might have started as just an ordinary, humdrum kind of day, no inkling of what is to come, no premonition. But then something happens, and it is forever seared in the storage rooms of our mind - where you were, what run-of-the-mill thing you were doing that day, that hour when everything changed.

Most of us have stories of 9/11, that answer, What did you do when the Twin Towers fell? It’s our way of processing and integrating our small, seemingly insignificant personal histories as they intersect with the larger narrative of times and places.

I go back to November of 1989, in the similar way. Back then, while the whole world was transfixed watching the beginning of the fall of Berlin Wall, I was, anticlimactically, spending an extended Thanksgiving holiday break in Tuscaloosa, Alabama enjoying gracious hospitality of my typically Southern hosts.

What has stuck with me through the passage of time from that day was a thought,

In thirty years, when my children ask me, ‘Mom, where were you when the Berlin wall fell?’, I will have to respond, with tinge of despair, ‘In Tuscaloosa, Alabama, watching the whole darn thing on an old analog TV with the rest.’ 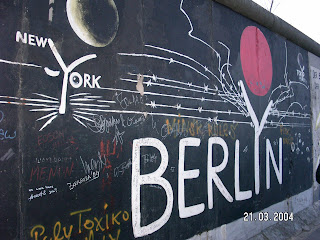 Some may say that my special superpower is always being at the right time but at the 'wrong' place. The crumbling of the world as I’d always known it that November is not my only example.
Of course, with 30 year perspective on the tearing down of the Iron Curtain and life in general, it’s rather obvious that the historic event and its subsequent domino effect has solved some problems and created others.

But, my puny existence is too small to speak into such lofty matters.