Perhaps it would have been easier if I had something or somebody else to blame for it.   Not that ever changed anything for the better.

So, with perpetrator shoe on my right foot and victim on the left, having already affected more damage than I could digest in one sitting, I got ready and went to work. An Eeyor-worthy cloud was hanging over my head while I interacted with my co-workers, the topic of what happened earlier in the morning quickly becoming the main subject of discussion.

A veteran IT person shook her head,

A wash, two spin cycles and a drier? There is no hope for that iPod except for the hand of God.

I wasn't sure if the comment was hopelessly discouraging or inspiring my faith to rise to new heights.

When I got home I was feeling so defeated I couldn’t summon energy to tell my family what had happened, knowing they would ask questions like, How did it happen? And who did it?

Sometimes I feel my entire family could work for FBI.

On a dark and gloomy day, even if the sun shines outside,  I don’t want to talk about it, is perfectly acceptable.

Seeing my pain, even if it was of unknown origin, they kindly allowed me to lick my wounds by myself.

The next day as soon as I was alone, I went into the pantry, reached into the rice barrel and retrieved the device. It was as banged up as I’d put it in, and my attempt at pushing the power button proved futile still.

That night, for some inexplicable reason I plugged the power cord into it, as if to charge.... and that’s when it first happened.

It only lasted a split second, but the iPad came to life, ever so briefly, and then went back to being dead again.  I tried pushing the button several times to no avail, but that little flicker was enough to ignite a tiny spark of hope, by this time as good as dead.
No comments:

Do NOT Try This At Home! 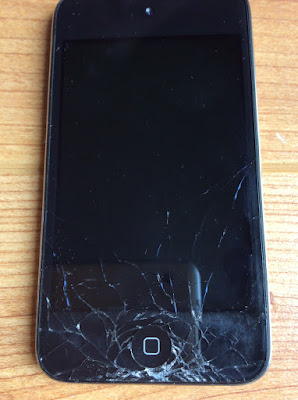 Notwithstanding our disbelief, reality has a way of getting its point across, one way or another.

It took a few moments for my brain to silence the sound of alarm high jacking the higher reasoning powers. At some point a rewind button was pushed and my memory slowly started kicking in, recalling…

the last time I had the iPod in my hand,

inside the right pocket of a jacket I wore that morning,

the same jacket I hastily threw into the laundry as I was closing the lid,

not bothering to check the pockets, since all the previous ones were empty…

and that feeling of the Busy...

and the Pressure of so much other stuff I needed to get done...

(what they were now I could hardly recall

and it all felt so stupid and insignificant anyway.)

With this my heart plummeted to the bottom of the damp pile of laundry sitting inside the idling drier, it’s rumbling cycle interrupted.

It didn’t take long to discover the lifeless naked body of the iPod laying underneath soggy jeans and jackets.

I picked it up and put it in the palm of my hand – it’s touchscreen face battered, black and unresponsive, despite my frantic pushing of the power button. 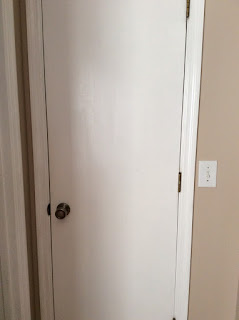 I remembered that some people recommend burying a wet device inside a bag of rice. I never heard any recommendations on what to do with a device that had been through a wash and a spin cycle twice and a partial drier cycle.

But I had to do something... anything!

So I sunk my hand with the iPod in it into a giant old pretzel barrel that we use as a rice container, let the device slip and get buried in the white grave of thousands of tiny rice grains, closed the pantry door behind me, a part of me also dead and buried behind that door.

D is for Denial (or Disbelief) 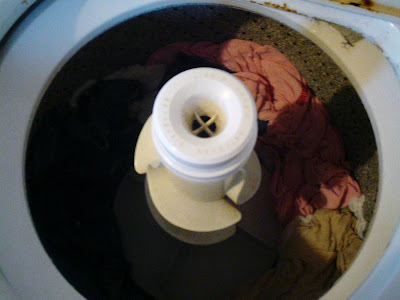 It seems almost sacrilegious to write about the iPod saga during the most holy week of the year.

But, I couldn't escape some commonalities between the two stories, so I decided to continue, perhaps highlighting along the way few shared insights in earnest hope that the reader would find them useful and even beneficial.

Anyway, continuing on with the iPod touch 4th generation....

Having crossed out Laundry Part 1 off my mental to-do list, it took some time before my preoccupied mind registered the unusual banging noise from the washer. I paused the cycle, redistributed some weight that I assumed was causing it, and went on my busy way hopping from one task to the next, feeling rather accomplished.  Despite my redistributing the weight, the banging continued throughout the full wash cycle. It continued through the spin cycle.  And for some reason, I decided that this particular load needed another run through the spin cycle, so I set it off spinning once again.

When spinning and banging eventually stopped (“Ah that darn uneven load of varying weights of jackets!” I told myself)  I scooped the jumbled mess of clothes and threw it into the dryer, set the cycle on heavy, and pushed the start button.  I wasn’t surprised to hear the continued banging now inside the dryer. The clothes were all bunched up and it usually takes some time for the load to fluff up, but even after several minutes the banging continued, sounding even worse if that was possible.

But I could explain it away and convince you too why the noise the machine was making was perfectly understandable and acceptable and should be ignored.

It’s truly amazing the stories our brains tell us to explain away the most obvious facts.

At the longest last, I went into the laundry room to check again. The moment I opened the dryer door the first thing I saw was my iPod’s now snow-white silicone case, sitting on the top of the wet clothes - empty!

In that instant my little mind slammed its door shut, flatly refusing to believe what my eyes just saw, scrambling to find a perfectly good reason for an empty case to sit on top of the load inside the dryer. 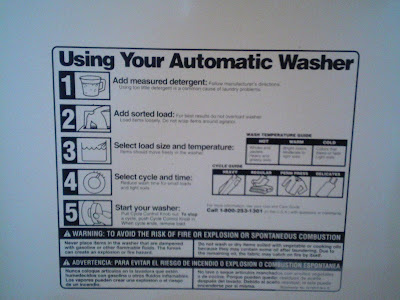 We do that kind of stuff, when the truth is too painful to accept, our mind kicks in and starts making up all kinds of fantastic stories to shield us from the brutality of unadorned facts.

Disciples did it all throughout the Holy Week, we all do it when one form of crucifixion or another shows up at our doorstep. It just happened to many of us today as we watched the news of the catastrophic fire collapsing parts of Notre Dame cathedral.

Some things are too difficult to take in and have to be processed in bite-size pieces.

Sorry but Just Too Busy for... 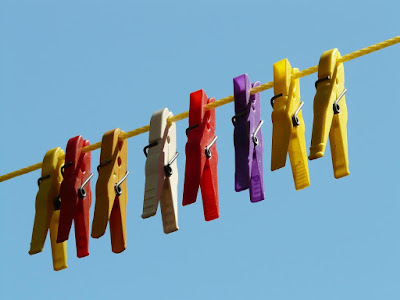 I got iPod touch 4th generation back in 2012 at the recommendation of our 11 year old son. It was my official introduction into the ubiquitous universe of touch-screen, wireless technology.  Day by day, I was discovering more and more of what my little iPod could do, from taking photos to playing music to reading books, to telling time and setting bread and quiche alarms, downloading and sending both e-mails and text messages! Truly, there was absolutely nothing I needed that the little iPod couldn’t do - I was genuinely impressed and grateful.

Now I understand that in the fast-pace technology age, seven years might feel like seven hundred centuries. Or more. Still, despite it’s ancient age, the little iPod kept chugging away year in year out, my constant companion on many of life’s adventures.

Last week I had a particularly busy schedule. This for me means, the busier I get the faster I go, furiously cramming all the ‘regular’ busy along with the ‘over-the-top’ busy.  I could give a compelling speech or write a well-articulated thesis or even a book on why this is such a poor time-management technique and even worse life philosophy.

But life has a way of speaking its own language, clearer and louder than any sermon or book. 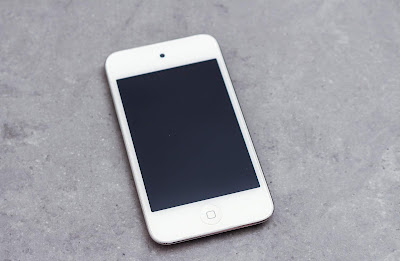 Anyway, in order to be extra-productive before I left for work, I decided to tackle at least one load from the growing mountain of laundry. I hastily threw one item after another, checking pockets for spare change and anything else that shouldn’t go into the wash.  Half way through the process I decided that I don’t have time for this, plus I used my deductive reasoning – all the pockets I’d checked so far were empty so I could safely deduce that the rest of them were empty as well. Thus appeased, I stuffed the rest of the pile into the barrel, poured in a generous cup of Persil and started the washing machine, the calming sh-sh-sh-shhhh of the running water sending me off on to the next thing on my checklist.